A calendar, given to Wei Xinyuan as a present by the company that sold him his tuk-tuk hangs on the wall of his living room. This vehicle was going to be used to haul the heavy bags of rice and corn harvested from the fields. It was going to be used by their youngest son so he could make a little cash by driving people to the market.

Late one night, the tuk-tuk was stolen. The thieves barricaded the door from the outside and drove away as the family, hearing the sound of the engine, was helpless to stop them. Soon after, Wei and Lu’s youngest son, seeing no opportunity for cash income in the village, joined his brother in the city. 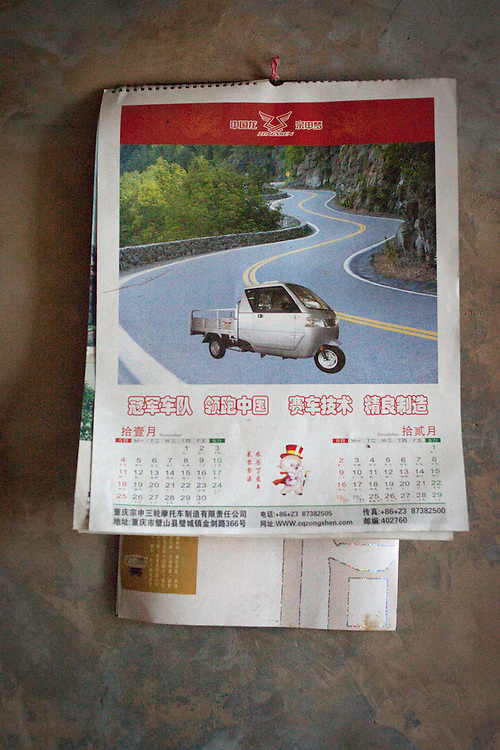